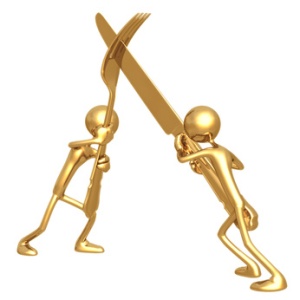 Sometimes, you toss your  pre-planned lesson out the window when the opportunity presents itself to teach something real and practical and important.  That happened one day when T. walked into my office and flopped into the chair.  T. is in the 4th grade.  We’ve worked together for a while.  He trusts me and I can  be very honest with him about the things that he needs to work on.  Lately, we’ve been talking about how odd behaviors….we call them unexpected behaviors….affect other people.  These behaviors might make others  uncomfortable or frustrated or even angry.  T. doesn’t really have the insight into the thoughts of others (Theory of Mind is the fancy term) to truly understand this..  But on this day, I was able to define an incident that happened at school and I think it suddenly all became clear to him.  Here’s how it went down:

T: Not so good.  I had to have a mini Revolutionary War at lunch and I got in trouble and I’m lucky I didn’t get sent to the principal.

Me: A mini Revolutionary war?

T;  Yeah, with my fork and knife

Me: Were you playing or were you angry?

T: Oh, I was angry.  Those boys were laughing at me, so I had a war at them with my fork and knife and the cafeteria monitor got mad and at me and sent me back to my teacher

Me: Why were they laughing at you?

T: I poured my grape juice in my applesauce.

Me:  Did you do that on purpose?

T: No, they laughed at me and I had a war and got in trouble.

T: (sheepishly now, because he knows where I’m going with this).  I guess that’s unexpected.

Me:  Right, they thought that was a little weird.  So maybe, if you don’t want kids laughing at you, you should stop yourself from doing something that might be weird.  If you want them to laugh, you can tell a joke or a funny story.

T: (I could literally see the ‘light’ click on in his mind) I get it….maybe I should ask myself…Is this going to make them laugh at me before I do something unexpected.

And we went on to talk about better ways of handling being upset with others that didn’t involve weapons…plastic or not.

At the end of the session, he repeated that last statement to his dad…”hey dad, you know, I need to…..”

So, here is my interpretation.  He wanted to entertain the kids, so he did something strange and was shocked when they didn’t respond the way he thought that they should.  He had learned in history that a war is a way to resolved conflict, so by calling his “attack” with a plastic fork and knife a “war”, it was perfectly ok.  He truly didn’t understand why he was in trouble.  It was a mini war, after all.  And it was justified because the kids laughed at him and he was angry.

Why is this teaching important?  Fast forward 10 years to T. without this kind of training.  He is in a bar and he wants the attention of a girl.  He doesn’t have the appropriate skills to attract her, so he does something outlandish.  Someone sees him and makes a mean joke.  The surrounding people laugh.  T. defends himself the only way he knows, by starting a “war”. But now he’s an adult and uses adult type weapons.  Suddenly, he finds himself not in front of a cafeteria monitor, but a judge.  And he has no idea what he did wrong or why he is in trouble.  He was just being funny.

This is why I firmly believe in direct, honest teaching with children and adolescents struggle with what we in the field call the hidden agenda.  Those social rules of life that are not taught, but caught.  Well, not everyone catches. them.  If you have someone in your life who is missing these life skills, be that safe person who can untangle the messiness of social interaction for them.  Explain situations and show them how their actions and responses affect other people.  In a gentle way, be honest and direct.   Its never too early to start.  It can make a big different.

View all posts by in2speech

One thought on “Social Skills and the Revolutionary War”